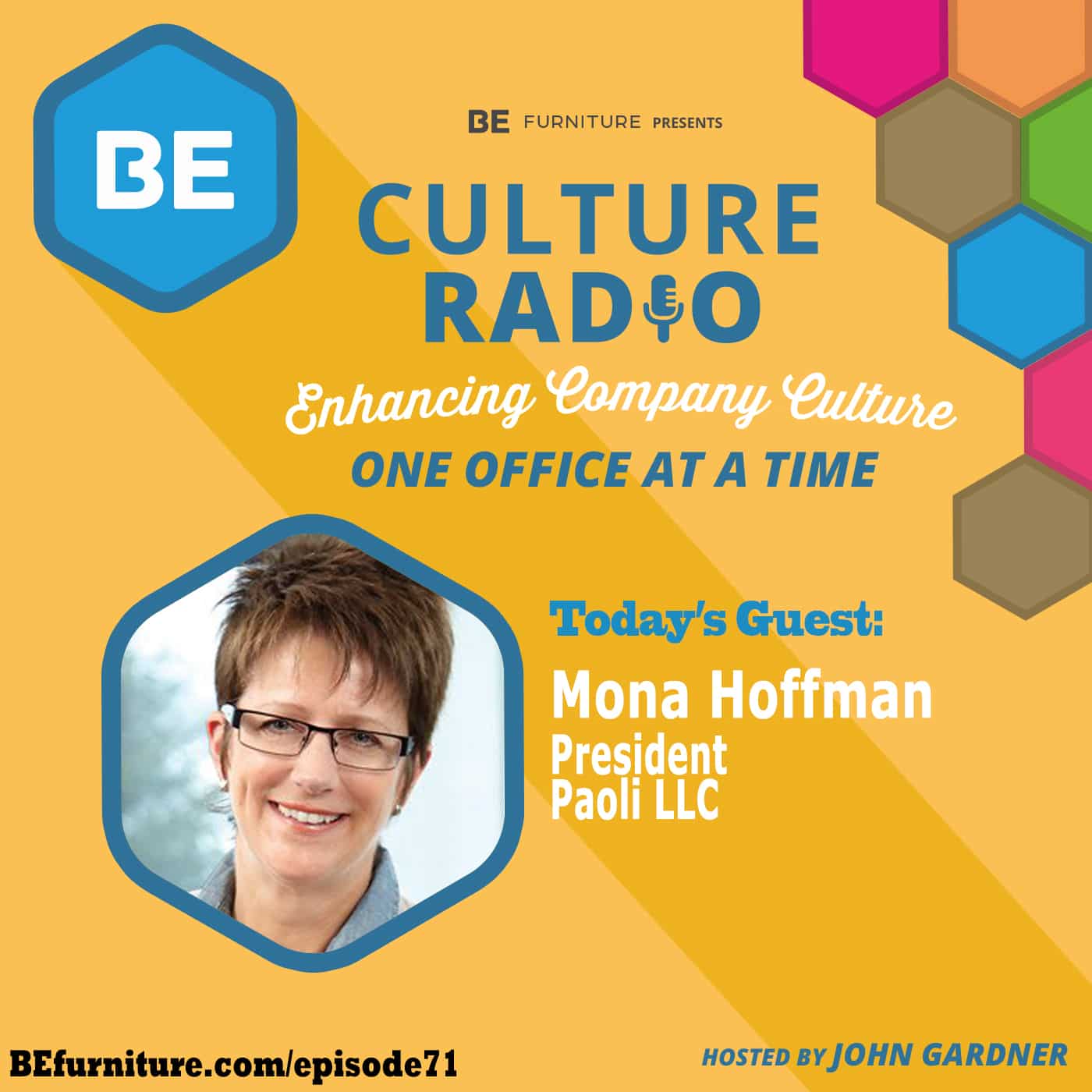 Who is Mona Hoffman and the key takeaways in this episode?

Mona Hoffman is the President of Paoli, a fellow furniture business based on Indiana. The culture at Paoli is all about the importance of serving others in everything that they do, and Mona exemplifies this in everything she says and does for her clients.

Listen to this informative interview and learn all about:

How have the millennials affected your process and your brand? Maybe you could tell us how, from your perspective, you make sure they’re involved in your future.

Answer:We’ve been really pretty successful. We’re in a little bit of a remote location so finding talent is not necessarily the easiest thing in our area, but we’ve been actually quite pleased with our ability to attract engineers, marketing people, business managers. These are young people that came to our organization with a lot of fire and desire to really make a difference. As they’ve come into the organization they have tested us. Those of us that have been in this industry for a while, everyday these young people are asking for more to do and they need feedback. They’re always asking how they’re doing. They want to know what’s next. You can give them something to do and it’s amazing how they’ll just crank things out. They just don’t seem to be afraid of anything. I love it. They bring a new energy to the organization. They are meshing well with the people that have been here a long time.

Was there an event or tipping point that happened to your company that helped to accelerate the growth as you’ve moved through rebranding?

Answer: I would say that right now we rebranded our company and reintroduced it to the market, joining the workforce in 2013. It immediately had an impact. I don’t know that I would describe it as acceleration. We’ve had steady progress and moved positively in a new direction, absolutely, but we’re still working on it. There’s a lot of work to do so for me to say that we’ve hit a tipping point, it’s not the case. We’re going through a lot of cultural change, and I always tell my group that this is hard work and we’ve got to stay the course and be disciplined. We’re doing a lot of things within the company that really will set the stage for the future. I look for steady growth and then I look for acceleration at a later date.

Is there a story you can share with us where you’ve seen culture at its finest with Paoli?

Answer:I believe I’m witnessing that right now, nearly every day. As I spoke earlier about bringing new people into the organization and meshing them with the members that have been here for a very long time, we’re going through a ton of change here right now. We’re moving to a new operating system in early 2016, which is a huge undertaking here at Paoli. We’re doing a lot of work around simplifying our product portfolio; we’re removing complexity from our operations. There’s a ton of key initiatives that we’re working on at this time. It’s changing our company and it’s changing our culture. Some members have left; they don’t like the changes we’re making. We’re cleaning out and we’re building a foundation to take us into the future, and it’s hard work so not everybody appreciates what we’re doing. But that’s fine, because I certainly believe that if you’re going to create the right culture, for those that don’t want to be here it’s important that they move on whether that’s voluntarily or they get a little help sometimes.

Culture According to Mona Hoffman:

It is the soul of the organization. It is something intangible, and it’s something that you experience as a result of having the right people with the right attitudes coming together to work in synergy.

@___” “The art of moving forward lies in knowing what to leave behind.” #quote #BECulture

What Mona Hoffman Wants Her Company to BE:

Where to Find Mona Hoffman: