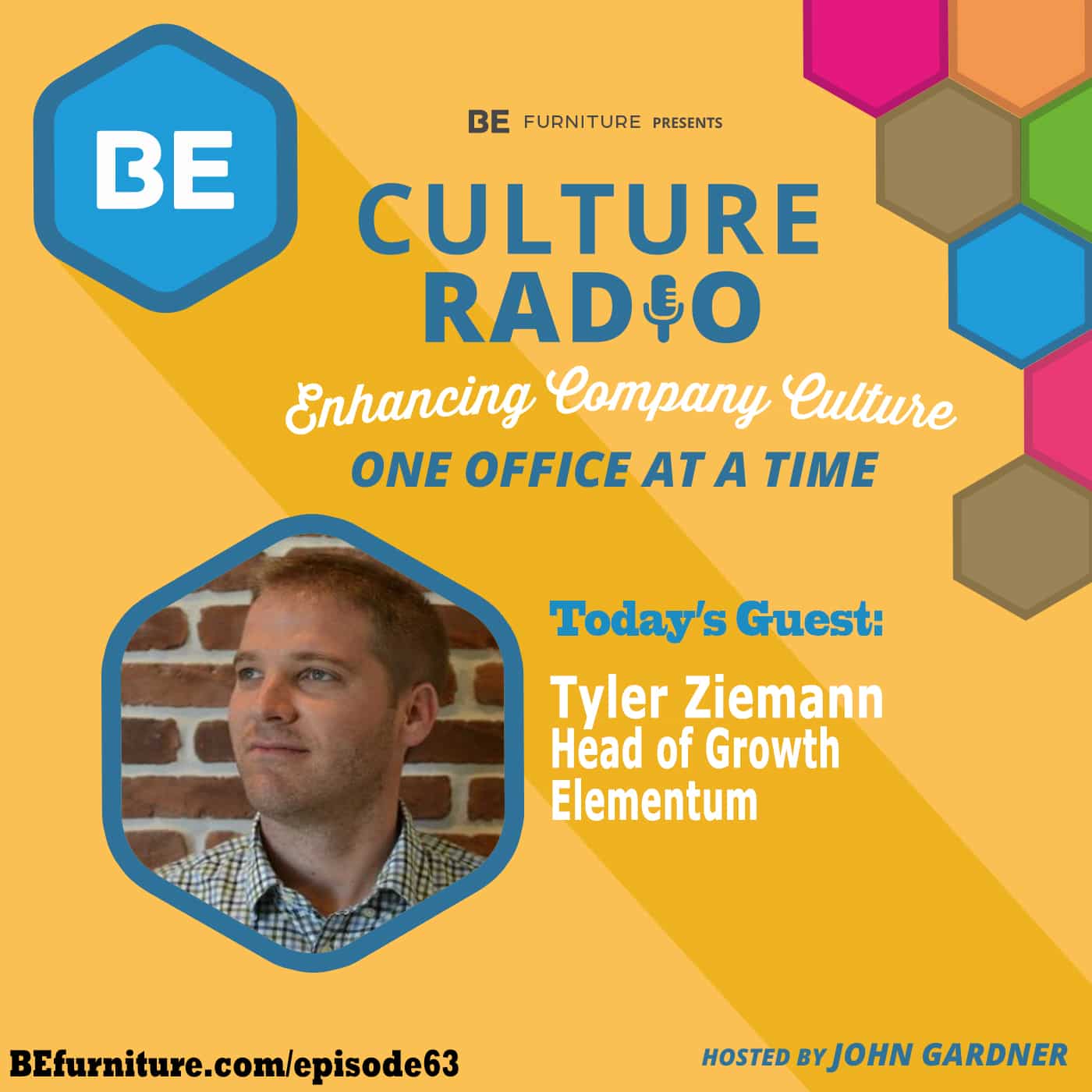 Episode 63: Simplifying Your Supply Chain with Tyler Ziemann and Elementum

Who is Tyler Ziemann and the key takeaways in this episode?

The use of data technology is making all aspects of business more streamlined and effective. No one understands this better than Tyler Ziemann from Elementum. In their own words, they are on a mission to make supply chains ridiculously simple.

Listen to this enlightening interview and find out:

Tell us a little bit about Elementum. How does it go to market? How do you attract clients?

Answer:We actually have a strategy of going after the Fortune 1000’s which, again, is a little bit inverse of how you typically see these growth paths of similar startup companies. Most people start at the low end, selling to Directors of Sales. Zenefits is the new, hot startup that started at the low end, at the free product, and then grew astronomically. The supply chain is a little bit different in that there are these big companies out there that exist in each of these industries. They all rely on tens of thousands of companies to help them get their products to market, and so if was our belief and understanding that if we could take healthcare we would get J&J, one of our biggest customers, and we could deploy our product globally, then we’d be able to get a huge chunk of the healthcare supply chain with just one sale, one deal.

Was there a monumental event or tipping point when you guys started this business and you were starting your career when you could see things? Because you talked about your experience before, when you had another startup, and now you’re here. Did you have that moment, that “Aha” moment? Could you share that with us?

Answer: Yes. I think it was two almost simultaneous events. When you’re first getting started out you’re so fragile. Seemingly little things like one person leaving or one failure here or there can take a company out. You’re really walking on the knife’s edge at some points in time. The oscillations, the peaks and valleys, are really dramatic. You have these really high highs and these really low lows. I had seen this already in my previous startup so I knew we had never really gotten that escape velocity where the variation between the peaks and valleys lessens and the band gets narrower. With Elementum, I was really able to feel that and it was such a great feeling because we have a little bit of an unusual background in that we were incubated in this large manufacturing company called Plexitronics, and they had given us the seed money to go and experiment with this idea that we had.

Can you share with us a story about how culture accelerated your growth at Elementum?

Answer:I think that one of the company values that we adhere to is: “Act like an owner.” Everyone is a shareholder in the company and we really want to empower people to be owners and take the initiative and do the right thing. Two of our most popular products we’ve actually launched had to do with an individual contributor having an idea, rallying other people to get excited about it and go and build out an early prototype and show that it had value.

Culture According to Tyler Ziemann:

For me culture is really around traditions, beliefs, norms and symbols that occur in a company. Some of them are explicit as you’ve been intentional about creating those beliefs and norms, and some are implicit and arise organically within an organization and eventually become just part of a company. That’s what really makes up a culture in a company.

@ElementumSCM” “May you be filled with loving kindness. May you be well. May you have serenity. May you be happy.” #quote #BECulture

What Tyler Ziemann Wants His Company to BE:

Where to Find Tyler Ziemann: