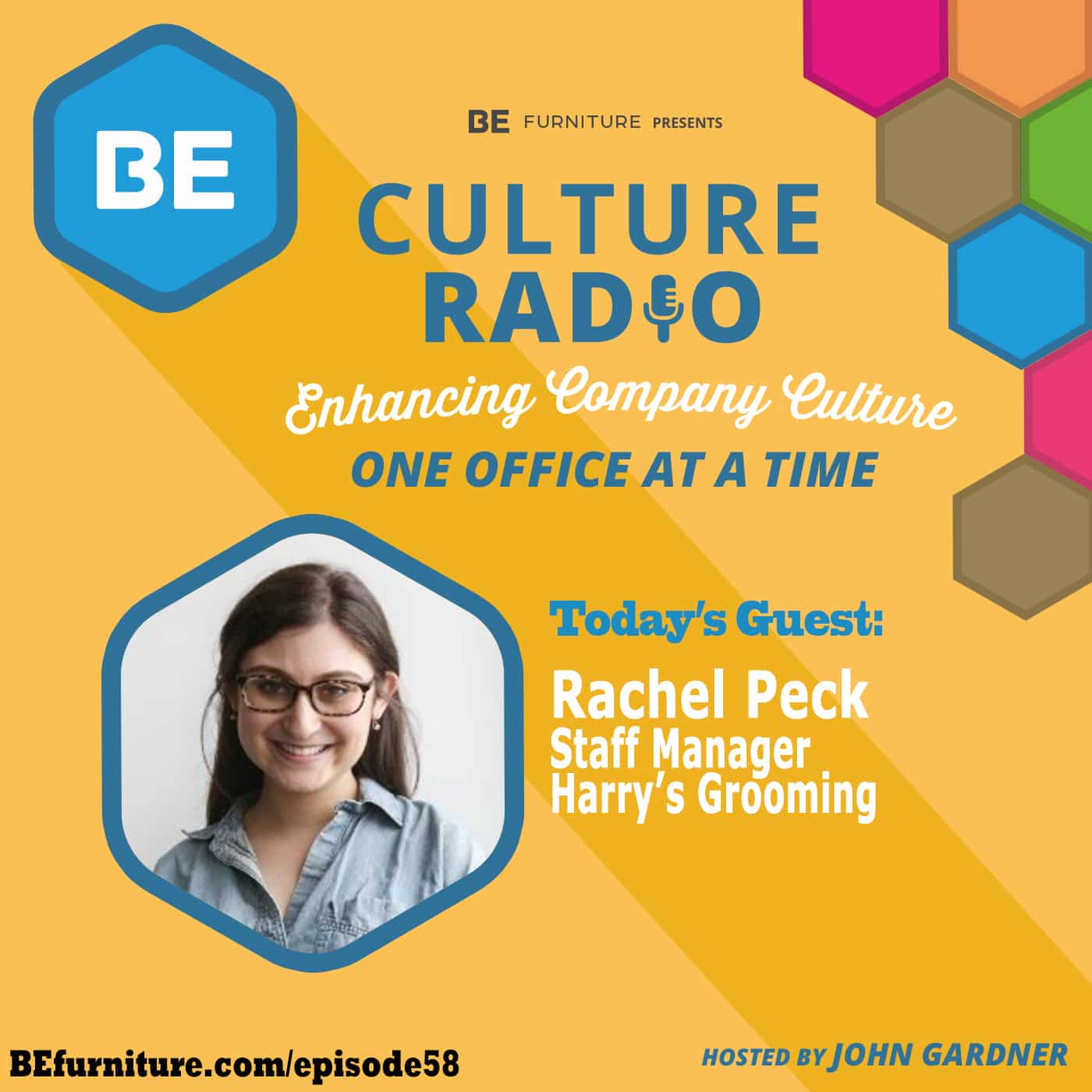 Episode 58: The Importance of Full Integration with Rachel Peck and Harry’s

Who is Rachel Peck and the key takeaways in this episode?

There’s no one who understands the importance of company culture and listening to customer feedback more than Rachel Peck from Harry’s. There’s a lot to learn from her outlook on the entrepreneurial way of life and she is more than happy to chat to listeners of this highly informative interview.

Was there a monumental moment, was there a tipping point for Harry’s as you went through this process? As we all know, rolling out a lifestyle brand and getting people on board is not for the faint of heart. That being said, I usually come across with my guests a tipping point where there’s a monumental moment where the stars align and everything takes off. Can you share with us what yours was?

Answer:We’ve only been around for two years, since March 2013, and it has felt like there have been lots of important tipping points throughout that. If I had to point to one I would look at the moment and the time around which we acquired our German manufacturer. I don’t know if you know this, but making razor blades is actually hard. I know that our founders really had no idea what they were in for in terms of just the complexity it takes to grind steel in such a way that it produces a really high quality, sharp, durable blade. One of our early challenges as an organization was finding a great partner that we could work with to make our blades which were really the center of our business. We felt really lucky that we were introduced to a company that’s in a rural, manufacturing region of Germany. So we partnered with them from day one, since launch, to make our razor blades. As we started to reach scale we kept getting this amazing feedback from our customers that was like, “Hey, you guys should add this to the blade. You should do this to the cartridge. This is an innovation that I would love to see.” We really value that feedback that we were getting directly from the guys who were shaving with Harry’s every day. Eventually it became clear that if we really wanted to grow and be a business that really took its customers seriously and put the needs of the customer first then owning the manufacturing capability would be really important in providing continued experiences that would be world class. In January 2014, just around nine months after we first launched, we officially acquired that company and so before when I was talking about full integration that’s what that means. At At that moment we were a company that not only sold a product but actually really made a product ourselves. That, for me, was the tipping point and the first monumental event that was like, “Hey, this is really shifting the way that we think about our organization,” and it was a shift in the way we think about doing business.

Answer: I think only hiring the best people is a good start and it sounds so easy when I put it that way. I think that the trick there is you have to decide what best means. In the context of your organization and then also in the context of the role, so the best person for a facilities role is going to be a very different person than the best person for a marketing role or a programming or developing role. So, it’s to hire the best people and to be really clear about what best means. And then, to continue to reward that best behavior, so give people space to do really good work, share successes with the team. I think that it’s simple in that a lot of people make mistakes when they try to re-invent the wheel, to try to offer cool, sexy, fun perks that aren’t maybe core to the job or the company or the mission. So I think it’s just focusing on hiring the best and then rewarding the best.

Is there a common mistake that you’ve seen made time and time again in your experience and you could say “Just stay away from this area. It’s a no-win for you”?

Answer:Yeah, I think that this idea of throwing perks at employees is tricky and you see it a lot in New York and sometimes in the start-up community it feels like when you’re recruiting for a candidate the way to do it is just to throw cool things at them. Like, “We have Summer Fridays and we have Only Wear Pajamas to Work and we have ping pong, Foosball, sushi, vacations.” All of these cool things. That’s important and we do a lot of that. We want people to feel comfortable like they have everything they need. It’s listening to people and asking what will actually make a meaningful impact on the way that you work.

Culture According to Rachel Peck:

What Rachel Peck Wants Her Company to BE:

Where to Find Rachel Peck: