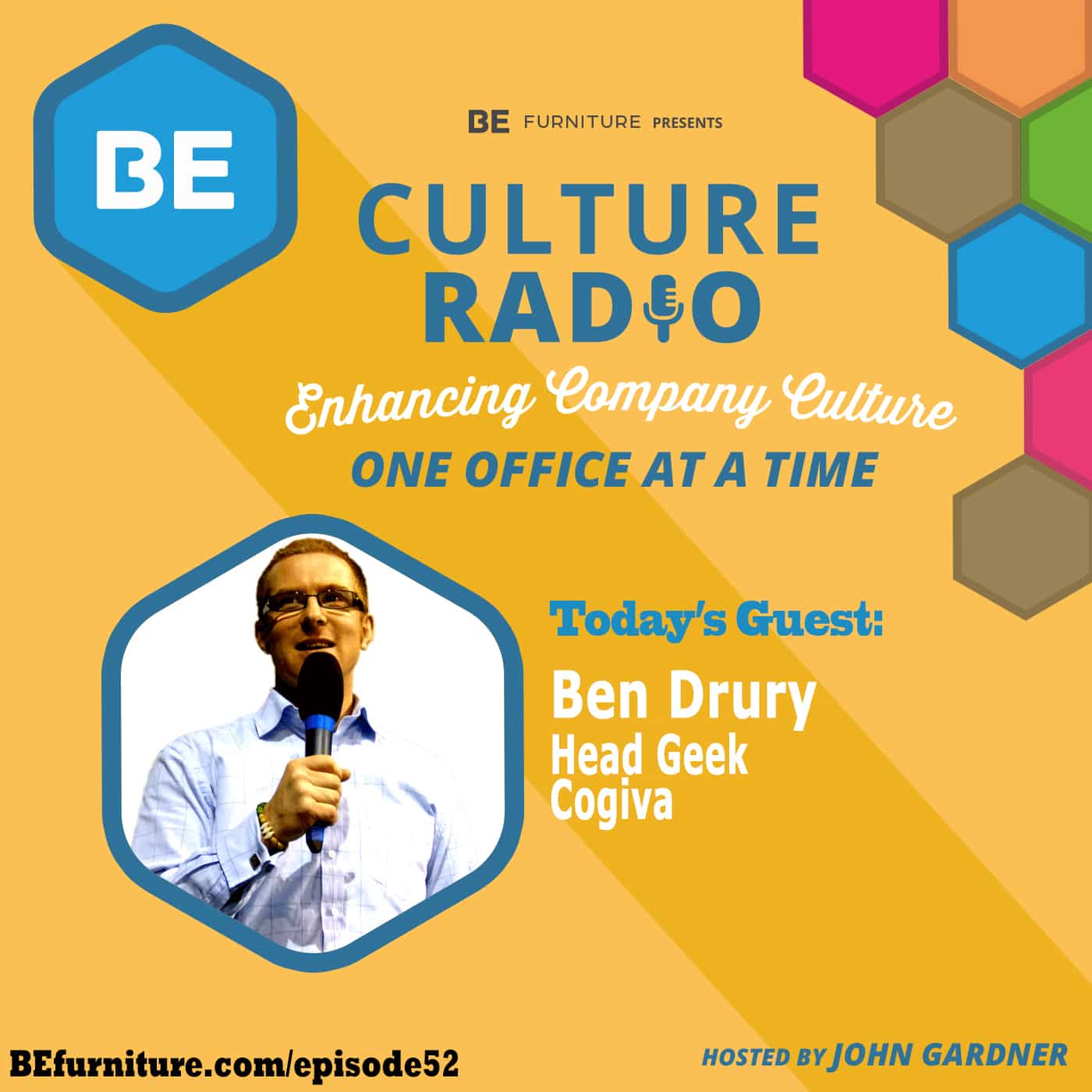 Episode 52: Partnering Up to Avoid Common Pitfalls with Ben Drury and Cogiva

Who is Ben Drury and the key takeaways in this episode?

Ben Drury caught the entrepreneural bug in his teens and has never been able to shake it off. He has always been fascinated with what makes people tick, and his ultimate goal is to create and maintain a space where people can do things well. He is fed up with charlatans selling snake oil all over the internet, and his company, Cogiva, offers companies and organizations a way to avoid falling down all those common pitfalls that startups come across. This interview includes:

Tell me, because our listeners want to know, entrepreneurs always have that common thread of “why”. It’s not so much “wht”, but we all live in a “why” world. “Why do we do what we do?” And so, why Cogiva?

Answer: I started in business 6-7 years ago, which is when I set up Cogiva initially. To be honest, I was rubbish at what I was doing in business and I failed miserably. For 9 months, we were in financially very difficult times. We had a few issues. I had to get a job to pay off some debts. I was terrible. Like you say, the entrepreneurial bug had caught me and I always wanted to step out and make something of myself, and Cogiva never really left me although I put it on the shelf for 5 years while we financially just got ourselves back in order. I always wanted to come back and be something. The content of what we do, which is web and mobile development, is more about my skill set and the skill sets of the guys I work with, so we do that because that’s what we can do, and that is to create value for our clients. But the heart of building and organization, to me, is always about saying – I look at a lot of organizations in the world and there are places where people go to work but they aren’t necessarily happy and fulfilled. They go and do a job and get paid, but that’s the transaction. But I just never felt that that was right. It seemed to me that if you’re going to spend that much time at work, I want people to be happy. I want them to come in and enjoy work. I want to have to kick them out at the end of the day because there’s so much enjoyment.

Could you share with us what you see as the most common disconnects in businesses and companies when they’re building their cultures?

Answer: That’s a massive question! We’ve got our values on the wall because it’s important to us, but I don’t know whether you’ve seen companies like those we have over here and particularly in the public sector and the government sector, where they have values on the wall but the way they act just doesn’t match up with those values. I think some of the biggest disconnects are that people say a lot of stuff because they think that it’s what people out there want to hear, but their policies and procedures and the way they talk to people just do not match up. I mean, in some places they cut right across the mission, the vision, and their values, and the way – I don’t quite know how companies get there, although I probably do. A lot of it is evolution into a place that doesn’t match what they originally said. To be kind, I’m not sure that everyone does it deliberately but I’m sure there are some companies out there. There’s just no comparison between the way people behave and what they say on paper.

What company outside of your own do you admire the most as it relates to culture, and why?

Answer: For me, over here, the Virgin brand of companies is fantastic, and I think that Richard Branson obviously embodies that. My experience from some of my friends that work there is that they have a culture that says, “Actually, I am important. As an individual, I am important. My opinion is important and the way I do my job and my ability to speak up about how my job should be done is important to the people that lead me”. So they really do have a culture where everybody matters, everyone can speak up and say, “This is the job that I do, and I think that it can be done better this way”. And those things are listened to. To me, it’s a company like Virgin that really embodies these words.

Culture According to Ben Drury:

Culture is just the way a place feels: the atmosphere, essentially. That it what is impacted by a lot of other stuff and it becomes really difficult to practically define it. For example, in our office there is a culture of fun so there’s a lot of laughing going on. It’s a case of a culture of fun because it’s something that when you come in here you feel that it’s a fun place. It’s how the place feels. To define culture as a tangible thing you have to say that each one of your actions is going to have an impact on that culture, so if I say something then how is it going to appear? How is that going to change the atmosphere?

What Ben Drury Wants His Company to BE:

Where to Find Ben Drury: