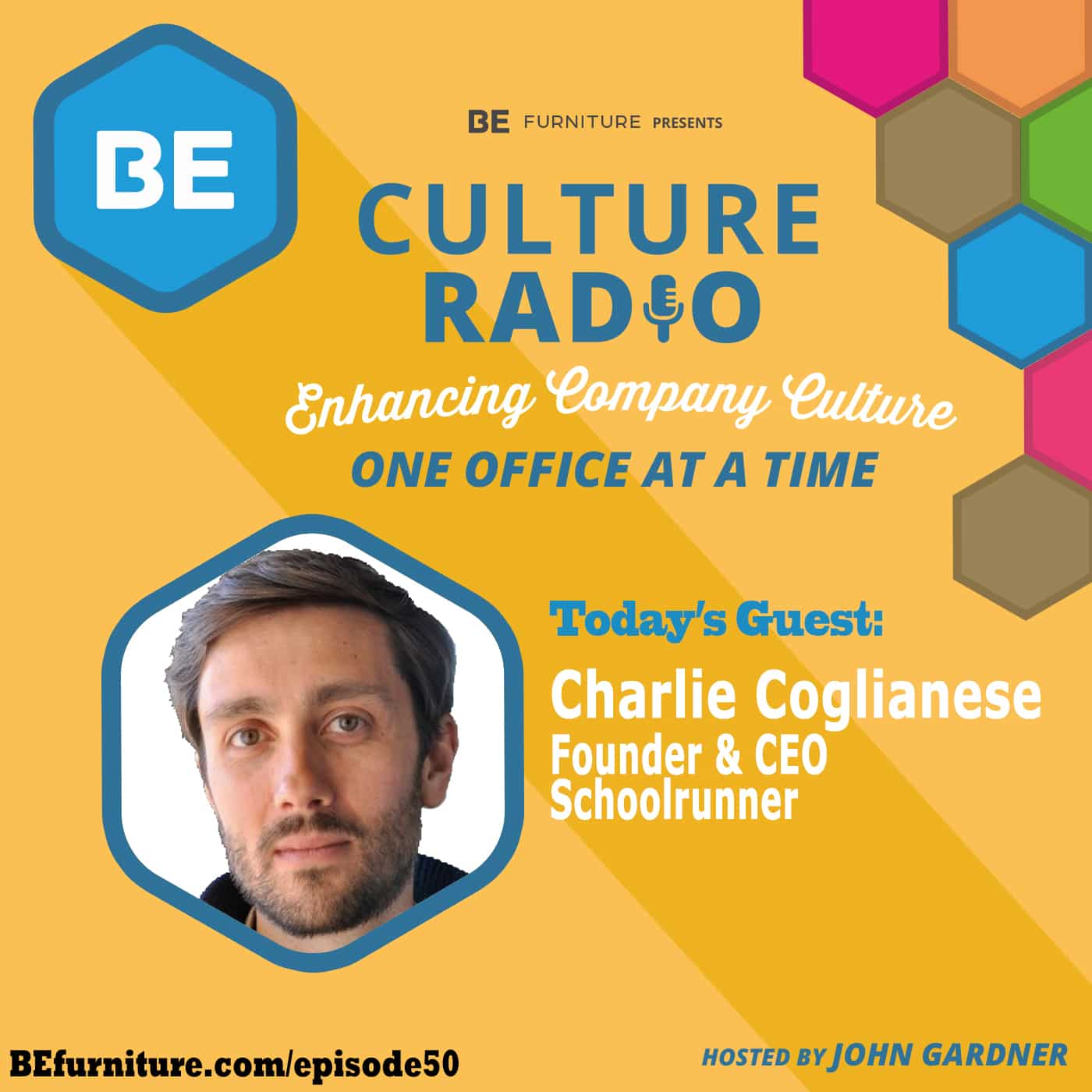 Who is Charlie Coglianese and the key takeaways in this episode?

It’s always important to give as much back to society as you have been fortunate enough to receive from it, and no one feels this more strongly than Charlie Coglianese. Listen as he demonstrates how School Runner is going to empower teachers and help thousands of disadvantaged kids get to college.
In this episode, you’ll learn:

1) Charlie, was there a tipping point for you or a moment where the lights went on and you said “I got it”?
Answer:  Yeah, probably it was about a year into the business, honestly. So, like I said, I started building this for a friend’s school and spent six months working really closely with this school, to understand where the data comes from and where it needs to go to. I was really familiar with doing that having done it first at one hedge fund and then another. So I sat with them for the first six months and built out the first version. Then about six months into that school year they started getting calls from other schools in New Orleans and they said that they liked the system and said “Some of your teachers have been talking to ours and we hear that they actually like the system. We’ve never heard of that, so what’s that about?” So, they were getting calls and, you know, when I first started building this I didn’t know if people in education were as data obsessed as my friend. He just said that he needed it and I just helped him. It turned out to be a bigger thing that I thought.

2) Can you share with us how your culture has accelerated your business?

Answer: Internally, with things like hiring when we have a candidate come through the door we fill out a score card and see how they align with our core values. People talk about cultural fit and sometimes that gets misconstrued to mean someone like me, when I think it actually needs to mean is somebody who exemplifies our core values and if they’re different from me in so many other ways that’s OK. Being explicit about that in the hiring process is so key. Externally, we have grown entirely on word of mouth. Customers seeing us exemplify those core values in our interactions with them has led them to spread the word about us for us.

3) What’s the biggest mistake you’ve seen people make? Is there something you’ve seen over and over again, as you’ve gone from the higher education point to the hedge fund point to where you are today is there a common thread where you see people doing something and you just say “Could you stop doing this? Then the world would be so much better a place to live in.”

Answer: There are so many ways to screw up, you know, and I think that I’ve learned a lot of this the hard way. I think the biggest one for me is: learn how to delegate. Especially as an entrepreneur, as a guy who ran his own business by himself for a year and a half, it’s so easy to just jump in and do things yourself. Learning to really train other people in why you do what you do and why you do it the way you do it, and then trusting those people, stepping back and giving those people autonomy and authority to make smart decisions. If you fail to do that then you can never build a scalable business.

Culture According to Charlie Coglianese:

What about what we are doing is making this really work for our customers? What about what we are doing is really special in their eyes? Once we figure that out we have to embed that in our company and make sure that in every interaction, even if I’m not there or the leadership team is not there, the right actions are being taken. It really feels like we are not an organization, but an organism.

What Charlie Coglianese Wants His Company to BE:

Where to Find Charlie Coglianese: